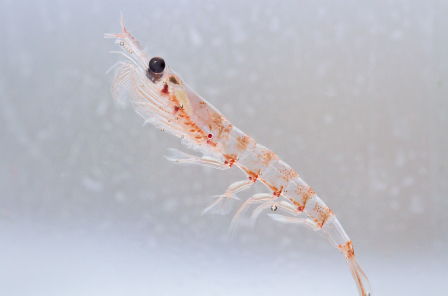 To the Marine Food Web

Whales are ecosystem engineers and play an important role in stabilizing the marine food web. A single blue whale can consume up to 6 tons (12000 lbs) of krill in one day, which has a major impact on maintaining the balance of ocean ecosystems. 1 2 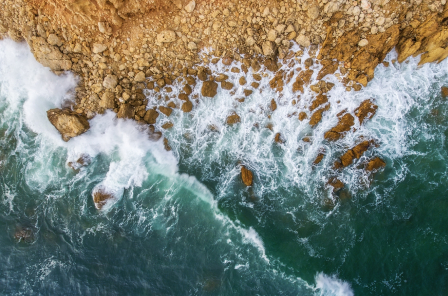 When it comes to carbon, one whale is worth thousands of trees. Whales help to regulate the climate by enhancing phytoplankton growth at the ocean surface, which captures 37 billion tons of CO2 per year. 2 3 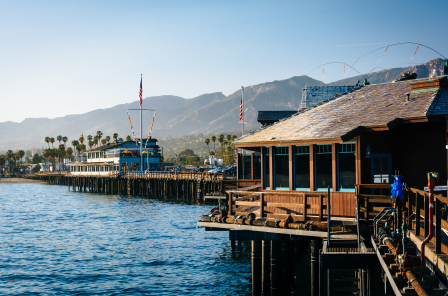 Whale watching brings in billions of dollars helping stimulate coastal economies throughout the world. An economic evaluation conducted by the International Monetary Fund found that when combining whales’ carbon and ecotourism benefits, a single whale is worth more than $2 million. 3

Although whales promote thriving marine food webs, support coastal economies, and even help mitigate climate change, whale populations remain under threat. Intensive whaling over the past 200 years brought many species to the brink of extinction. While hunting has decreased dramatically over the past century, many whale species are still endangered and continue to face multiple human-induced threats including whale-ship collisions.

Ship collisions are currently a leading cause of death for large whales, and scientists estimate that over 80 blue, humpback, and fin whales are killed by vessel collisions on the West Coast of the United States each year 4. The Santa Barbara Channel, near the Ports of Los Angeles and Long Beach in California, serves as an important feeding ground and migratory route for blue, fin, and humpback whales, all species that are still endangered or threatened.

Due to the rich biodiversity of the Channel, many other marine mammal species can also be found year-round.

The map below shows the locations of reported vessel interactions and stranded whales where cause of death implicates ship strikes from 2000-2020 along the California coast.

The data represented in the map is the location at which the whale carcass was found or interaction was reported and does not represent the location of the vessel collision. Due to oceanographic conditions and carcass decomposition, the number of whales confirmed dead from vessel collisions is a low representation of the actual number of whales killed each year. Note: Due to COVID-19, necropsy and response effort was limited in 2020. 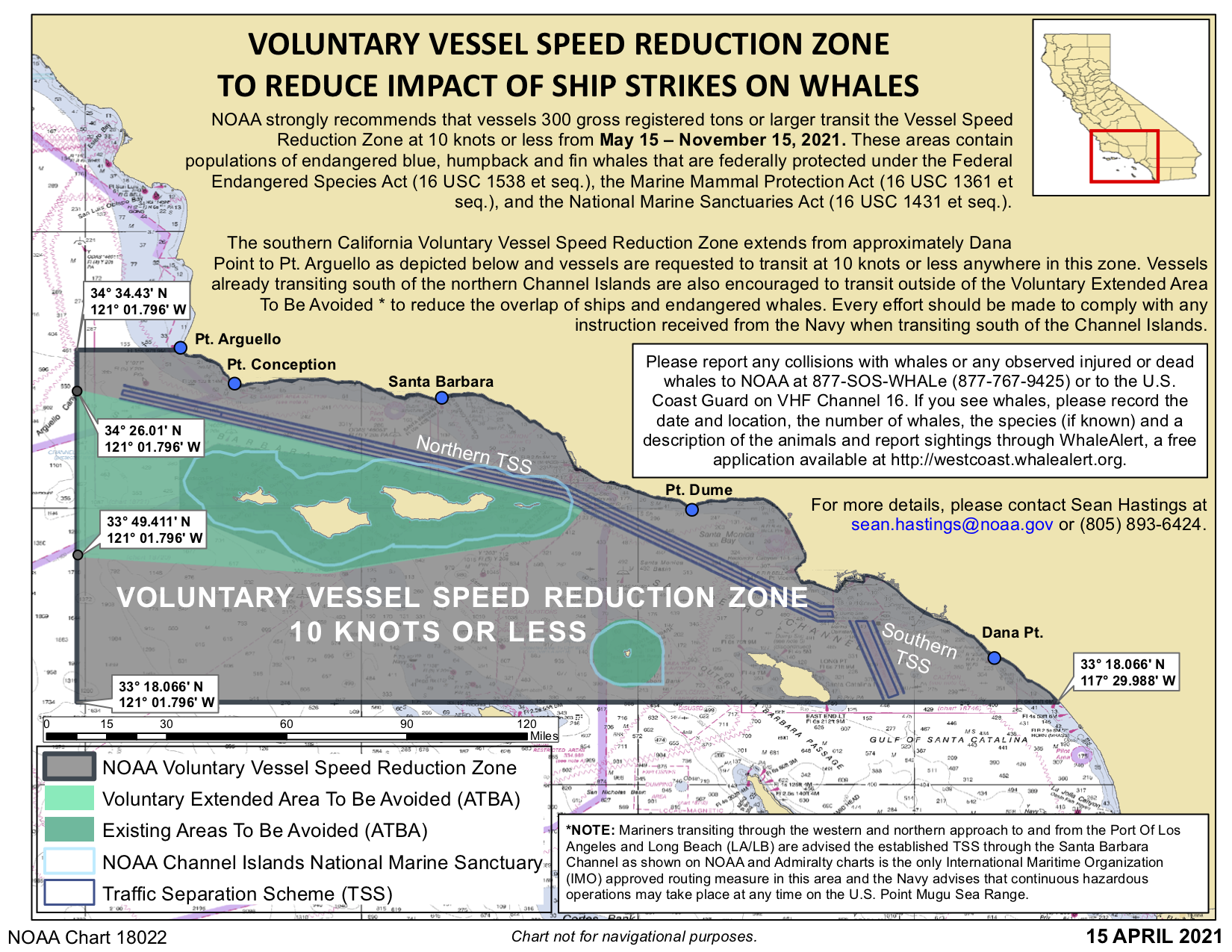